Artgenève At Its 7th Edition: What To See

Artgenève is about to launch its 7th edition by the Geneva Lake shores, establishing itself as a high end contemporary and modern art fair. We are so excited to share a curated selection of the most interesting artists and galleries in our Art Super artgenève Collectors Guide, out now. Besiders, together with the uber known Art Basel and its satellites (Scope, Volta, Liste), Art International Zurich and Kunst Zurich, we have a first overview of what the art market – on the art fair scene side – in Switzerland looks like.

Swiss Art Market: An Overview And Its Challenges 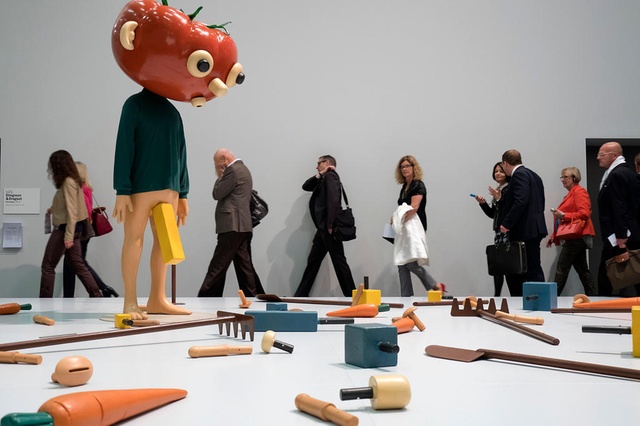 Switzerland has always been a country of a flourishing art market. With its global art market share by value of 2% in 2016, with the steady presence of the most established auction houses, with a wide range of art dealers, with its incredible offer of art-related services – such as the prestigious above mentioned art sales venues and the specialized secure art storages, this country serves an international clientele of art collectors and collecting institutions. Nevertheless, this situation may change as a consequence of international measures of closing avenues for terrorism financing and trading in illicit cultural property.

As of January 1st 2016, Switzerland enacted new and more strict measures to fight laundering opportunities in the art trade, especially targeting the freeports (as the Geneva one). Although these measures appears to be more formal than substantial, as the Swiss custom department doesn’t collect (neither share) any kind of statistics about controls and their outcome. But maybe, this choice could led art collectors to similar but less controlled markets, driving valuable business away. And this could be considered as a compelling challenge to address.

According to one of the most trusted list of worldwide art collectors, Artnews, 13 out of 200 are from or based in Switzerland.

Take the Swiss entrepreneur and business journalist, a former Swiss Ambassador to China – in Beijing from 1995 to 1998 – Uli Sigg, for example: since the late 1970s onwards, he has been collecting the first ever Chinese contemporary art collection for a 170 million dollars worth. Around 1468 out of his more than 2000 artworks were donated to the M+, the Hong Kong’s new museum for visual culture – designed by Herzog & de Meuron,  due to open in 2019. An extensive collection boasting more than 350 artists and covering around 40 years of the art history of this region, making this collection an incredibly interesting witness of the how art reacted to the deep socio-political changes in the area. In the late 1970s, Uli Sigg – Swiss business journalist, entrepreneur, a former Swiss ambassador to China (1995-1998) and art collector – became interested in contemporary Chinese art, and was its first systematic collector. Rather than following his own personal taste, he deliberately built his collection in the representative manner of a national gallery of art. Boasting over 2,200 works by some 350 artists, and representing various genres across forty years of Chinese art history, Sigg’s is considered to be the world’s largest collection of contemporary Chinese art to date. Sigg has always wanted to return his unique collection to its country of origin. In 2012, having found the ideal venue in the new M+ museum for visual culture, West Kowloon Cultural District, Hong Kong, he donated a large part of his collection to what will be one of the world’s largest museums. Designed by the Swiss architecture office, Herzog & de Meuron, it is due to open in 2019. The M+ Sigg Collection will constitute the foundation of the M+ museum collection. Alongside a selection of works from Uli Sigg’s donation to M+, “Chinese Whispers“ also presents many pieces from his still increasing private Sigg Collection.

Or also the Cuban-born, Venezuelan-raised world citizen and philanthropist Ella Fontanals de Cisneros, with her stunning art collection encompassing Latin American geometric abstraction and pop culture with a special penchant for videos – due to her passion for cinema which often appear in shows abroad. Started collecting art around the late 1990s, in 2002 she established the Cisneros Fontanals Art Foundation to provide grants to Latin American artists, while in 2003 she founded the Miami Art Central Museum – MAC – a high level contemporary art collection she donated later to the Miami Art Museum. Nicknamed the “Queen of Miami’s Art Scene”, her ongoing work for promoting art in and from Latin America made her receiving the prestigious United Nations Women Together Award.