Alia Ali (Austria, 1985) is a Yemeni-Bosnian-American multi-media artist. Having traveled to sixty-three countries, lived in seven and grown up among five languages, her most comfortable mode of communication is through image and multi-sensory mediums. Her extensive travels have led her to process the world through interactive experiences. As a child of two linguists, Alia believes that the interpretation of verbal and written language has dis-served particular communities and presents more of a threat than a means of understanding.

It is for this reason that Alia’s aesthetic interests stem from people, place, and the processes which unite and divide us, all at once. Her work reflects on the politics and poetics of contested notions surrounding the topics of identity, physical borders, universality, mental/physical spaces of confinement, and the inherent dualism that exists in everything. Her work blurs the lines between what we claim to be objective and subjective, illusion and reality, truth and interpretation. Alia has just completed working on two transglobal projects, the People of Pattern and BORDERLAND. She is exploring cultures and conflicts through the medium of textile and the processes of making them. Her projects have most recently taken her to Oaxaca, Mexico; Bokhara, Uzbekistan; Yogyakarta, Indonesia; Sapa, Vietnam; Kyoto, Japan; Udaipur, India; and Lagos, Nigeria.

Alia is a graduate of the United World College of the Atlantic (UWCAC) and holds a BA in Studio Art and Middle Eastern Studies from Wellesley College. She is currently finishing her MFA at CalArts, Los Angeles. Her work has been featured at the Ogden Museum of Southern Art, the Marrakech Biennale as part of the Swiss-Moroccan KE’CH Collective, Gulf Photo Plus Dubai during Art Week Dubai 2017. Her most recent series, BORDERLAND has been exhibited at Galerie—Peter—Sillem, Frankfurt, Germany; Galerie Siniya 28 in Marrakech, Morocco; and Space Gallery in Portland, Maine, USA. She has been awarded the Alice C. Cole ’42 Grant of Wellesley College, LensCulture’s Emerging Talent Awards 2016 and Gold Winner in a Fine Art Category of the Tokyo International Foto Awards.

Adeela Suleman was born in 1970 in Karachi, Pakistan. The mainstay of Suleman’s artistry explores a series of dichotomies that point to the fragile and fleeting ephemerality of life. By juxtaposing her intricate – initially pastoralized scenes as rendered in the filigree tradition of Islamic art – against the hard, formidable qualities of the stainless-steel medium, Suleman’s sculpture is reminiscent of the precarious nature of the human condition inherent in the flux of societies.

The recurring motifs in Suleman’s work—organic subjects such as birds and flowers—form detailed, repetitive patterns, which are replete with symbolic meaning. Abstracted notions of loss and disappearance quietly resonate through her sculptures. In lieu of tombs, memorials and funerals, the works confront our earthly fears, but remain suggestive of transcendental relief. They may be seen simultaneously as symbolic representations of the coexistence between love of nature and the chaos of man, in addition to the fragmented documentaries referencing recent violent and catastrophic occurrences within the artist’s sociopolitical landscape.

Adeela Suleman studied Sculpture at the Indus Valley School of Art and completed a Master’s degree in International Relations from the University of Karachi. She is currently the Coordinator of Vasl Artists’ Collective in Karachi, in addition to being Associate Professor and Head of the Fine Art Department at Indus Valley School of Art and Architecture. Suleman has participated extensively with group and solo exhibitions worldwide, including Phantoms of Asia at the Asian Art Museum, San Francisco, the 2013 Asian Art Biennial at the National Taiwan Museum of Fine Art, Hanging Fire – Contemporary Art from Pakistan at The Asia Society, New York; Gallery Rohtas 2, Lahore; Canvas Gallery, Karachi; Aicon Gallery, New York; and, the International Exhibition of Contemporary Art, Bologna, Italy (2008). Reviews and features of work appear in Artforum and the New York Times, among other publications. The artist lives and works in Karachi, Pakistan.

Lothar Baumgarten was born in 1944 in Rheinsberg, Germany and died in Berlin, Germany in 2018. Over the last four and a half decades, Baumgarten has drawn wide acclaim and respect for his powerful body of work, centered on ethnography and anthropology, using a wide range of media to question the very core ideas and systems of representation — from ephemeral sculptures, to photography, slide projections, 16 mm film works, recordings, drawings, prints, books, short stories, as well as site-specific works and wall drawings and architecture-related interventions.

Lothar Baumgarten was the recipient of the mfi Award, Kunst und Bau, Essen, Germany (2003); the Lichtwark Prize, City of Hamburg (1997); The Golden Lion, First Prize of the Venice Biennale, Italy (1984); the prize of the State of Nordhein-Westfalen (1976); and the prize of the City of Düsseldorf, Germany (1974). Peter Krauskopf is especially interested in the process of overpainting, which he understands as an overwriting of time. All of his pieces – the intensive colored smaller plates, as well as the big monochrome color gradients – seem to be abstract at first sight. But they are all ‘concretions of a period of time’. On homogeneous, smooth grounds which either consist of an old, former abandoned painting or a monochrome under painting, Krauskopf performs one single intervention to form a new picture. Therefore he uses a scraper or brush to push a flat, consistent color application over an already existing image. This way he creates a symbiosis between a picture of the past and its completion in the present.

Peter Krauskopf was born in 1966, finished his studies at the Hochschule für Grafik und Buchkunst in Leipzig in 1997. His works have been shown in plenty of institutional solo-shows. Peter Krauskopf’s works can be found in several public collections, such as at the Kupferstichkabinett and the Galerie Neue Meister in Dresden, at the Germanisches Nationalmuseum in Nuremberg, at the Berlinische Galerie and at the Paul-Löbe-Haus for members of the Bundestag in Berlin.

Born in Larache, Morocco in 1961, Hassan arrived in London in his teens and grew up amid the emerging club culture in the UK. Known as the “Andy Warhol of Marrakech” Hassan is very much a child of the pop art generation. His work encompasses many techniques and fields, from designing and producing furniture including lamps, stools and poufs made from recycled North African objects to custom made clothes and photography. 2015 saw Hassan’s first foray into film with Karima: A Day in The Life of A Henna Girl—a melange of documentary and B movie set within Marrakech’s Jemaa el-Fnaa square, which the artist refers to as “the University of Street Life.” Premiered at the LACMA and later on screened at Art Basel and the British Museum, Karima remains true to Hassan’s pop aesthetic and sets the protagonists of his vibrant photographs in motion. 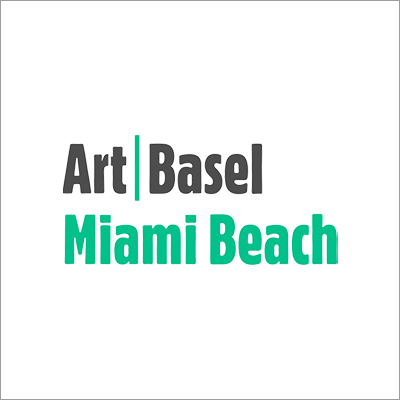 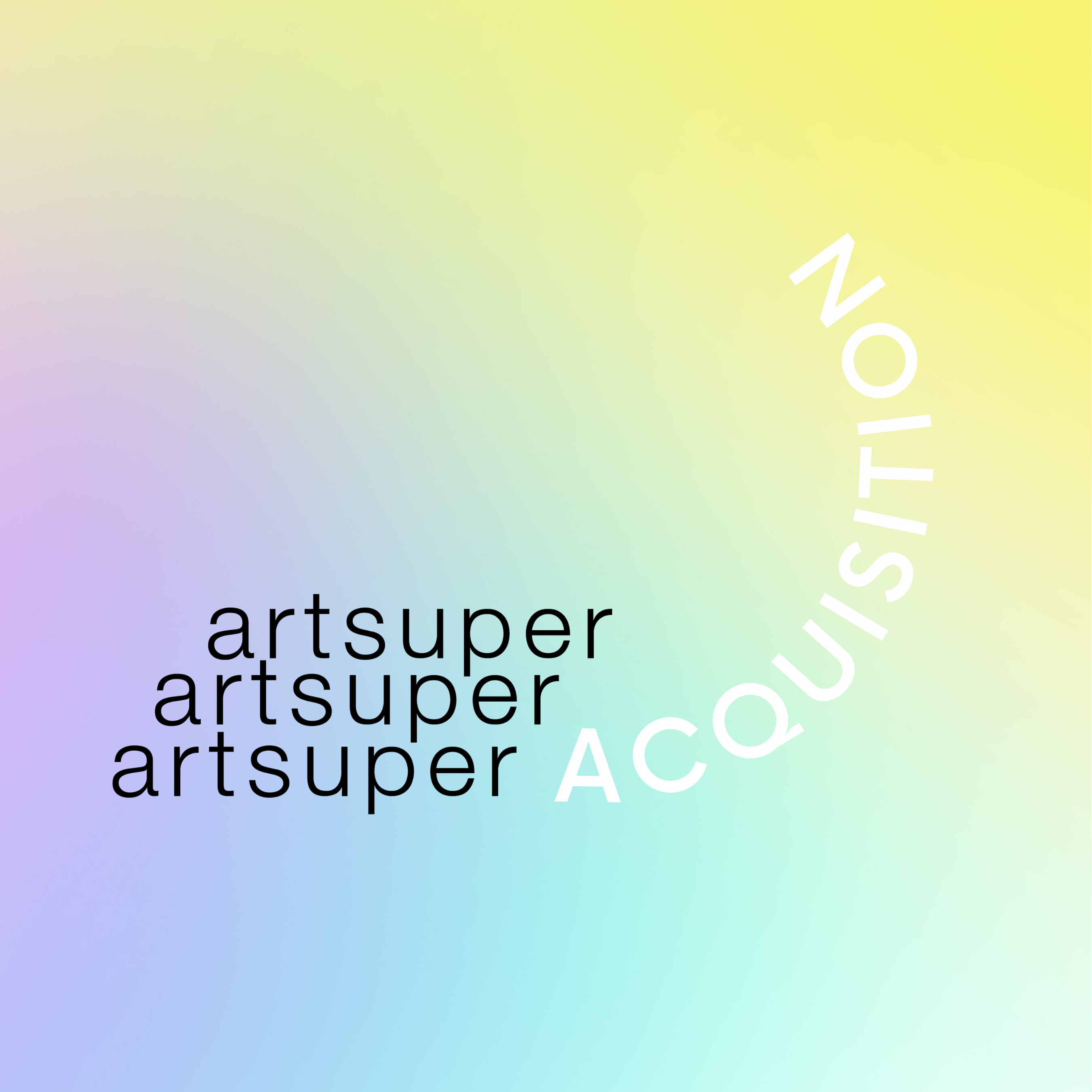