Thomas Lerooy was born in 1981 in Roselare, Belgium, and lives and works in Brussels. His drawings and sculptures challenge, in an ironic and provocative way, the pinnacles of Western art spanning from antiquity to the Renaissance, Mannerism and the Baroque.

His artistry plays with the Classical notion of the iconic, a  principal theme throughout the history of art. As the artist states, images of Classical art “are etched on our memory and have thus acquired normality, so that you almost get the sense that they are perfection itself. And people want to be perfect; they want to be able to identify with perfection.” By using the formal elements and materials associated with high art and fusing together beauty with the grotesque the artist subverts the viewers’ expectations. For example, he may present an ancient-style nude but it is pierced by glass bottles or a putto with a skull’s head. In Not Enough Brains to Survive (2009), one of his best-known works, the artist creates a perfectly sculpted Greek nude in bronze but with an excessively disproportionate head.

This ironic quotation refers to the extreme precision with which the sculptors of ancient Greece used to create idealized proportions in their figures. In his practice, dualities such as life and death, ancient and contemporary, the iconic and fragmentary, are brought together in a humorous way. His works are present in important international institutions such as the Centre Georges Pompidou, Paris, and Belfius Art Collection, Brussels. He has participated in numerous exhibitions, including at Galerie Nathalie Obadia (2009, 2010, 2012), Paris; Kunsthalle Krems (2010); Maison Particulière (2011, 2013, 2014), Brussels; Petit Palais, (2015), Paris; Fondazione Berengo (2015), Venice; Galleri Brandstrup (2016), Oslo; Belfius and Art Gallery (2016) Brussels. He has been an artist in residence at Künstlerhaus Bethanien (2009-2010), Berlin; and at Kunsthalle Krems (2011). 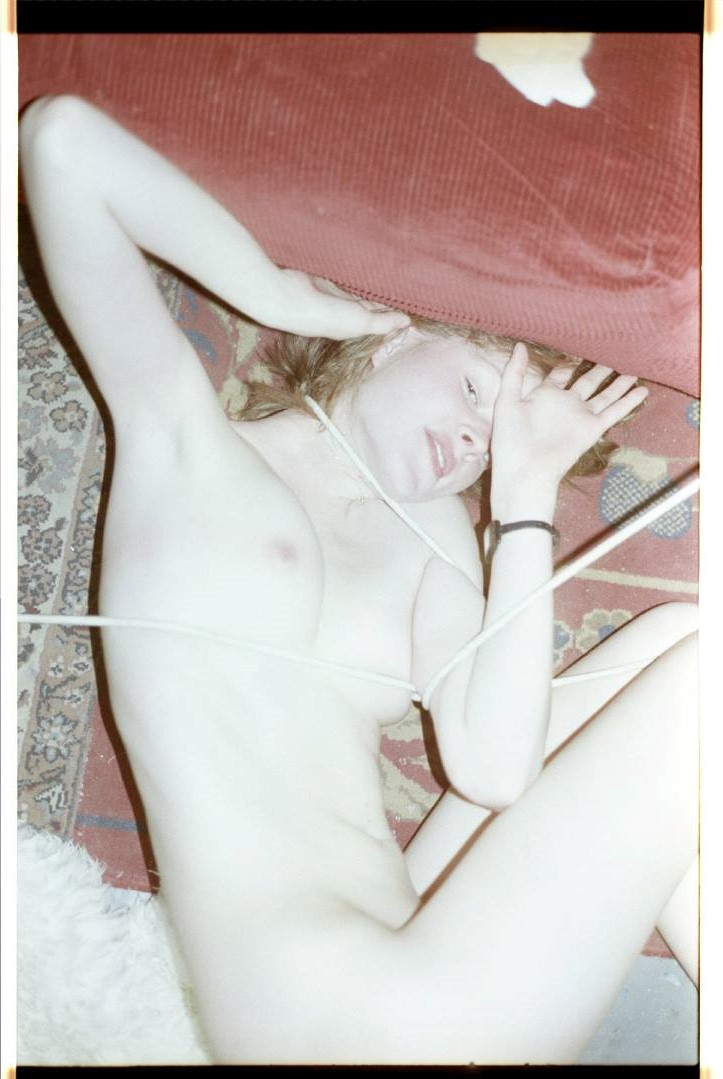 Adam Holy was one of those photographers whose life and work were intertwined to the point of being indistinguishable. The track that we follow in everyday life lead us constantly back in time. Adam Holy estate was a sketch of a pentagram with inscriptions around it –  analogue, mirrors, interior, girl, sheet prints, civility exterior 70′ and retro eros 50′. The bottom section of the five-pointed star is marked post post mantra. Magic formula which reveal secrets. Witchcraft means belief in supernaturalskills and special practice.

Kerstin Brätsch (born 1979) is a German contemporary visual artist, best known as a painter. Playing with artistic alter egos and collaborative pseudonyms, Kerstin Brätsch raises critical questions of subjectivity in a time in which identity is constantly being challenged and reshaped through the digital communication of our hyper-mediated reality. Painting is at the core of Brätsch’s work, but she approaches the tradition of the medium through elaborate use of a variety of media spanning from drawing, photography, graphic design and sculpture to performance, video and installation. In her work different modernist myths and beliefs are evoked and transformed, as she revisits the history of abstraction from a feminist perspective, sparking a joyful criticism of notions of originality, authorship, spirituality and purity.

Victoria Sin (b. 1991) was born in Toronto CA and currently lives and works in London. Victoria Sin is an artist using speculative fiction within performance, moving image, writing, and print to interrupt normative processes of desire, identification, and objectification. Drawing from close personal encounters of looking and wanting, their work presents heavily constructed fantasy narratives on the often unsettling experience of the physical within the social body.

She is a  female drag queen using drag to think through femininity. Sin studied Drawing at Camberwell College of Arts and is now studying and MA at the RCA. She was featured in the Broadly Documentary “Can’t Drag Us Down” a documentary focusing onfemale-identified performers who are performing in exaggerated tropes of femininity to upend conventional notions of gender.

Berryhill received his MFA from Columbia University, New York, NY, a BFA in Painting from University of Texas at Austin, TX, and he attended the Skowhegan School of Painting and Sculpture, Skowhegan, ME. His work has been included in group exhibitions at Angstrom Gallery, Los Angeles, CA; Blütenweiss Gallery, Berlin, Germany; Okay Mountain and Arthouse, Austin, TX; Horton Gallery and KANSAS in New York City, among others. He was a recipient of the Marie Walsh Sharpe Art Foundation Studio program, and in 2012 received a New York Foundation for the Arts Fellowship in Painting.